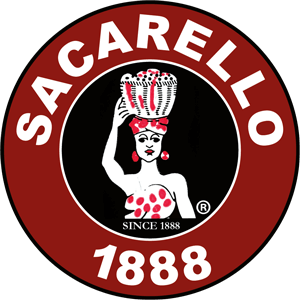 Supplying Gibraltar with Coffee since 1888
7 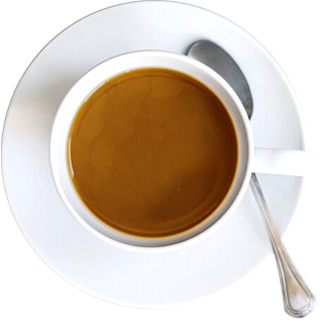 As for our house blend but also includes high quality Robusta beans from Uganda for an extra kick.

A magnificent coffee from Mexico naturally decaffeinated with a “mountain water system”. The clear waters of the highest mountain in Mexico (El Pico de Orizaba) are used to gently remove the caffeine from the green beans. 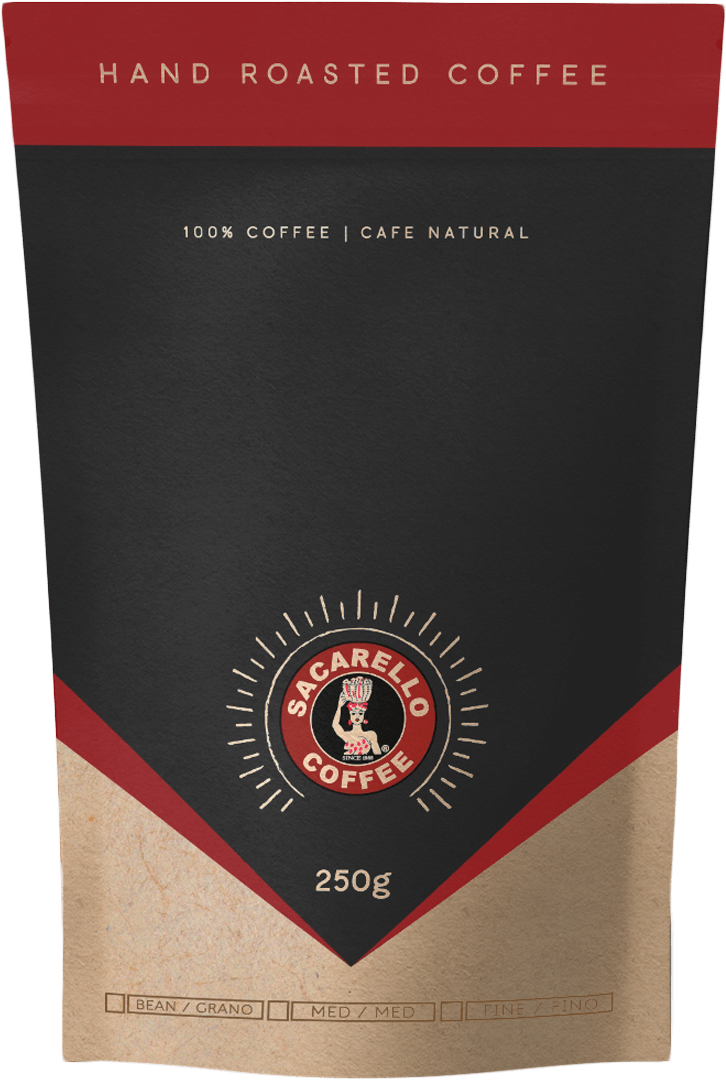 Sacarellos is a family-run coffee and wholesale business which was established in 1888  on the Rock of Gibraltar by Bartolomeo Sacarello, grandson of Giovanni Sacarello.  Giovanni arrived in Gibraltar in 1817 from Spotorno near Genova in Italy. He was the captain of a ship trading wools and hides.  At the time Gibraltar was a British Garrison with hardly any civilians, and depended on the import of all provisions.  Giovanni stayed on the Rock and married Maria Bignoni, also  from the North West of Italy.  In 1888 their grandson Bartolomeo founded B Sacarello Ltd as a provisions merchant to the Rock.

Before long, Bartolomeo  was specialising in choice coffee, sourcing the finest beans from Latin America and Africa and blending and roasting them to make the trademark Sacarello blends. He  travelled to nearby Cadiz to learn and perfect his trade. The coffees became famous in Gibraltar and the surrounding area of Spain.

Following the death of Bartolomeo in 1920, his eldest son  Federico – then only 17,  had to take charge of the business.  Federico dedicated all his working life to the company and especially  the coffee.  He remained involved until his 90s, by then, 2 of

his sons, Patrick and Richard had taken over the helm. During this time there were difficult years  following the closure of the Spanish frontier after 1969.  Despite this enormous setback Patrick and Richard continued to develop and nurture the Sacarello coffee in Gibraltar  as well as diversifying into the import of other products – such as wines , foods , spices, detergents and packaging.  In 1985 the fronter re-opened.  They founded Sacarellos Coffee  Shop / Restaurant in Irish Town, where the original Coffee Warehouse and packing plant had been housed

Fast forward to 2010……The brothers decide on an amicable separation. The Café becomes a separate company and is owned by Patrick and Richard keeps the orginal company – B Sacarello  Ltd  and they continue to work together .  Richard is  joined in the business by his wife  Odile  and son Jonny .  In 2017, they decide to set up a Spanish Company and Roaster  in La Linea , after over 50 years they are able to trade again beyond the border!

In 2020  They also take over the Café. After a lifetime in the business Patrick decides to retire.

4  generations on the Sacarellos continue to strive to perfect the high standards set by Bartolomeo as well as developing their blends  and speciality coffees.

FNC one of the largest recognized rural ONGs in the world see www.federaciondecafeteros.org  as well as sourcing new origin coffees.

They also continue to source and distribute wines , cavas, Prosecco  and champagne for  discerning clients and catering establishments  as well as quality and speciality teas , chocolates and many other  products for the Gibraltar market – always trying to give a personalised  service to all their clients. 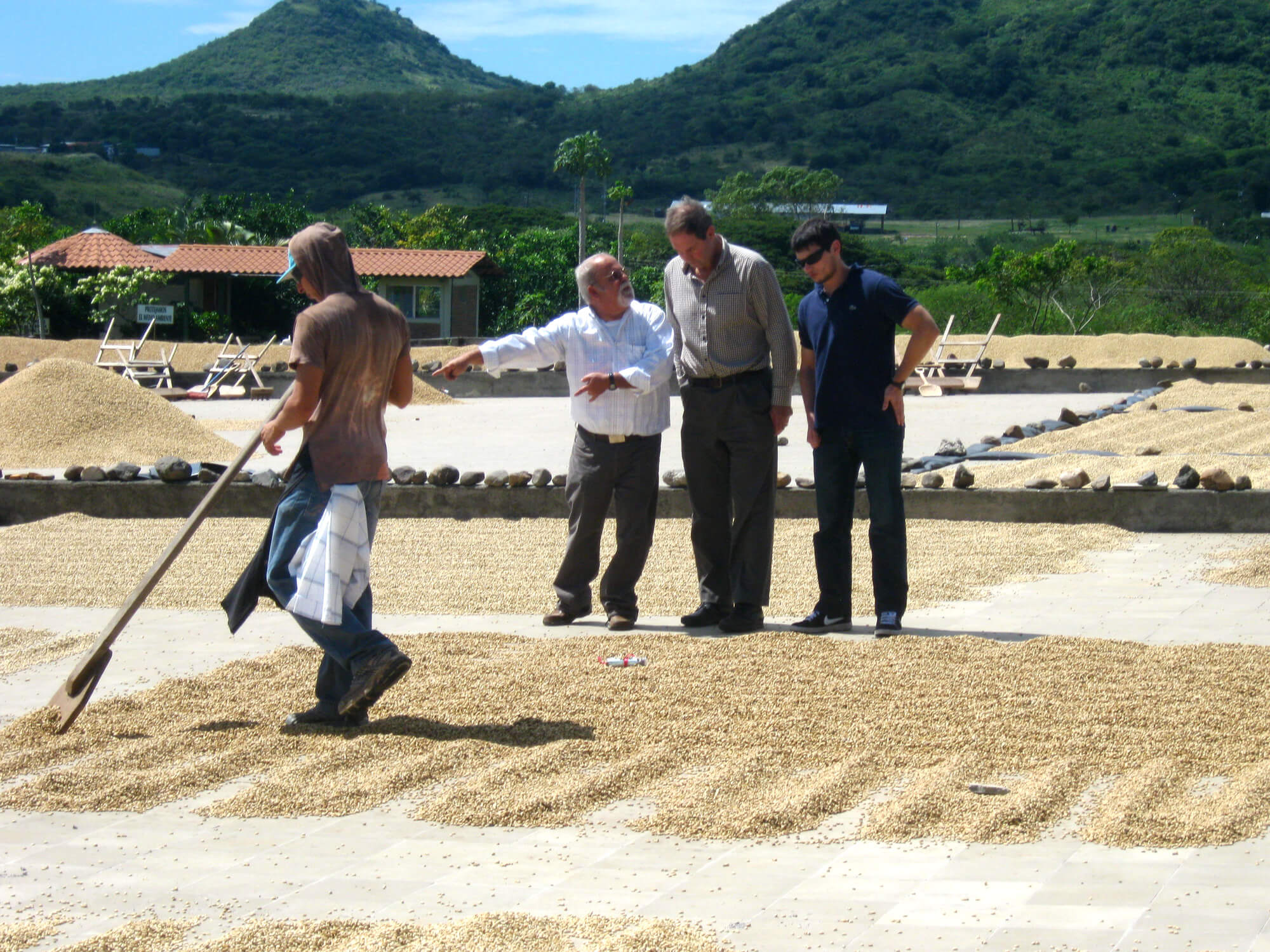 We provide and maintain coffee machinery and equipment for all our coffee clients as well as offering training and help to make the perfect cup of coffee!

Browse our selection of Red, White & Rose Wines as well as our Cavas, Proseccos & Champagnes.

Historically, B Sacarello Ltd were initially general merchants, wholesaling all types of foods and other products. This is still true today, as although we remain coffee specialists, we have diversified back into many ambient foods, for the retail and catering trade.

The cafe, situated in the heart of Gibraltar’s Irish Town houses all of our coffee blends, high quality milk / milk alternatives and a spacious, welcoming environment perfect for socialising or remote working.